Most people who have read Road to Damascus ask me, “What made you write it?”  They are not asking ‘why?’ so much as what were the circumstances that inspired me.  Therefore, over the next five weeks I am going to serielize the jounal entry of a single day which lead up to the creation of my first book.

I haven’t felt compelled to write for a while, but today the urge is huge! I’m sitting with Suzan on a hospital bed in Duma awaiting an operation.  I am relieved to report that it is not surgery I will be undergoing myself. I’ve been in Syria for about a fortnight now and pretty much as soon as I arrived  Suzan gave me the grave news that she was dying.  What!” I screeched as I felt my stomach turn to jelly. “Really,” she continued, “Everything inside me is hurting. I know I don’t have long to live on this earth now.”  Ok, panic over,  just like Mother: dramatising a headache. So I didn’t think anymore about it.  That was until last night when Suzan gets a call from a friend who works here who tells her that she has arranged for her to have her gall bladder removed, along with all its stones. The catch is you’ve got to come in tomorrow.

So here we are waiting for something to happen. 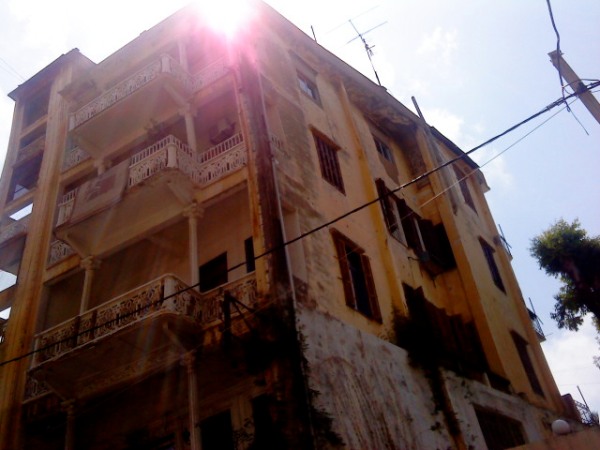 I’v been coming to Damacus for 15 years now and I haven’t actually been inside a Syrian hospital before. Probably not a bad thing as looking around me I am beginning to wonder if Suzan wasn’t having a premonition after all because I can’t imagine anyone entering this one is likely to emerge from it alive.

We arrived here at about 7.45 this morning and waited about in the corridor for about an hour before her friend showed up and greeted us warmly. She then disappeared and we haven’t seen her since.  Then a tall, rather handsome chap, showed up at bit later who introduced himself as Suzan’s doctor. He shook hands with us all – Susan, Omar and me – and told Suzan to, “Go find a bed.” He’s now disappeared and we’ve not seen him since either.

So this bring me to the first unsettling thoughts of the day:  Why haven’t they allocated a bed for a patient who is having surgery?    Is that man really a doctor who can perform surgery and does he even know what Suzan is having done? I wont worry Suz with these misgivings now, I’ll just jot them down for future reference and remind her of them from time to time – assuming she survives the experince.

After scouring the corridors for about half an hour we eventaully found a small side ward with an unoccupied bed in it. More optomistic than I am feeling, the room is bright, sunny and has its own toilet, complete with door.   Quite a find Suzan tells me, so I guess this must be their BUPA ward. Despite this positive start, there are no curtains between bed cubicles, no bedside cabinets and no chairs for visitors to sit on.

Despite the sunshine it all looks very grim to me.